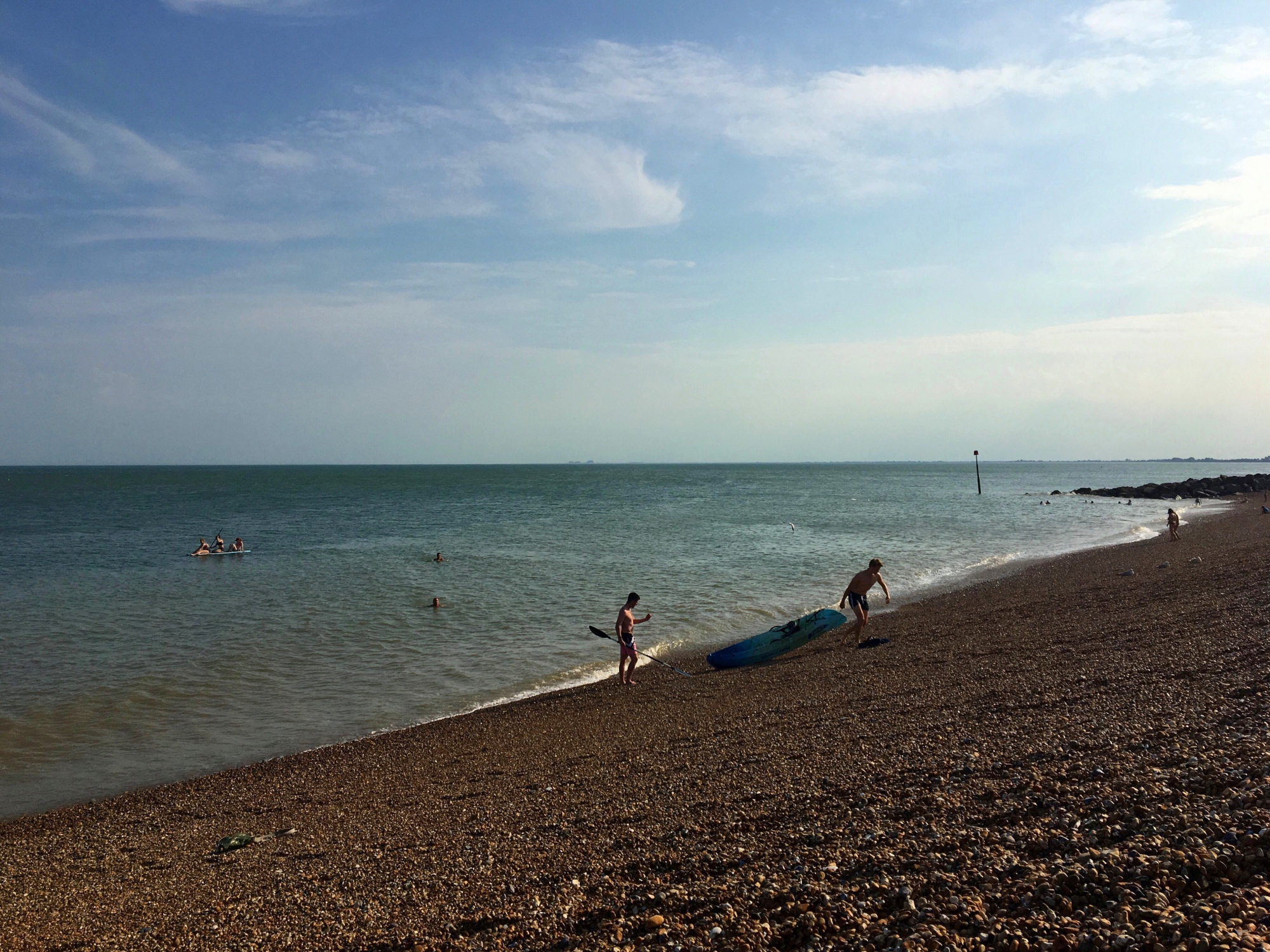 Hythe, two settlements along from Folkestone, is a pretty town with a canal running through it, and a quiet beach promenade. There seems to be less here than in neighbouring Sandgate, perhaps because the beach and the town are separated by the canal. Similar to its neighbours though, the beach is shingle and shelves steeply to the sea. The paved promenade ends in a profusion of boats pulled up on the pebbles and a sign proclaiming it to be a working beach. There’s a sign warning against swimming as well as the first swimmer I’ve seen in the water.

In the other direction, you could walk on as far as Folkestone without leaving the walkway. But I choose to swim here, before the beating sun gets too much. The stones beneath my feet are sharp but the water drops in depth quickly and it’s at my waist with just a few steps. Again, it isn’t cold and I miss the chill, but it’s nice to see the water busy. People paddle around in the shallows and, deeper, a pair in wetsuits strike out into the distance. 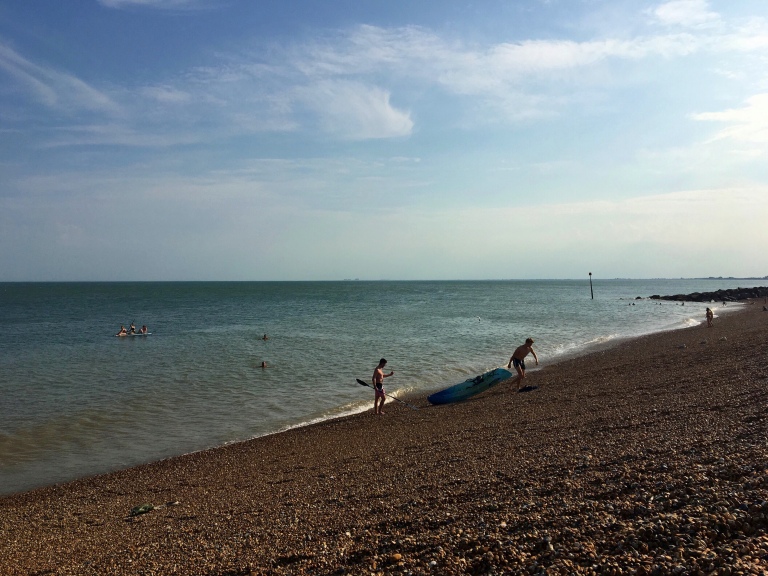 I very nearly swim into a jellyfish floating on its side, long tendrils curling. It’s pale green, semi translucent like the flesh of a melon. I avoid it by rearing up and jolting sideways. I’ve never come across one before, stunningly. I know they aren’t that uncommon. I stay in the water for a while, swimming back and forward in self imposed lanes, not wanting to leave the jellyfish as my lasting memory.

The water is clearer here, and I can see my hands stretching away beneath the surface. Squinting away from land, I can see the strip of white that is France in the distant horizon. I dip down under the surface and let the cool into my cheekbones to wake me up. The hardest part is getting out over the stabbing shingle, but it’s worth it. It always is.