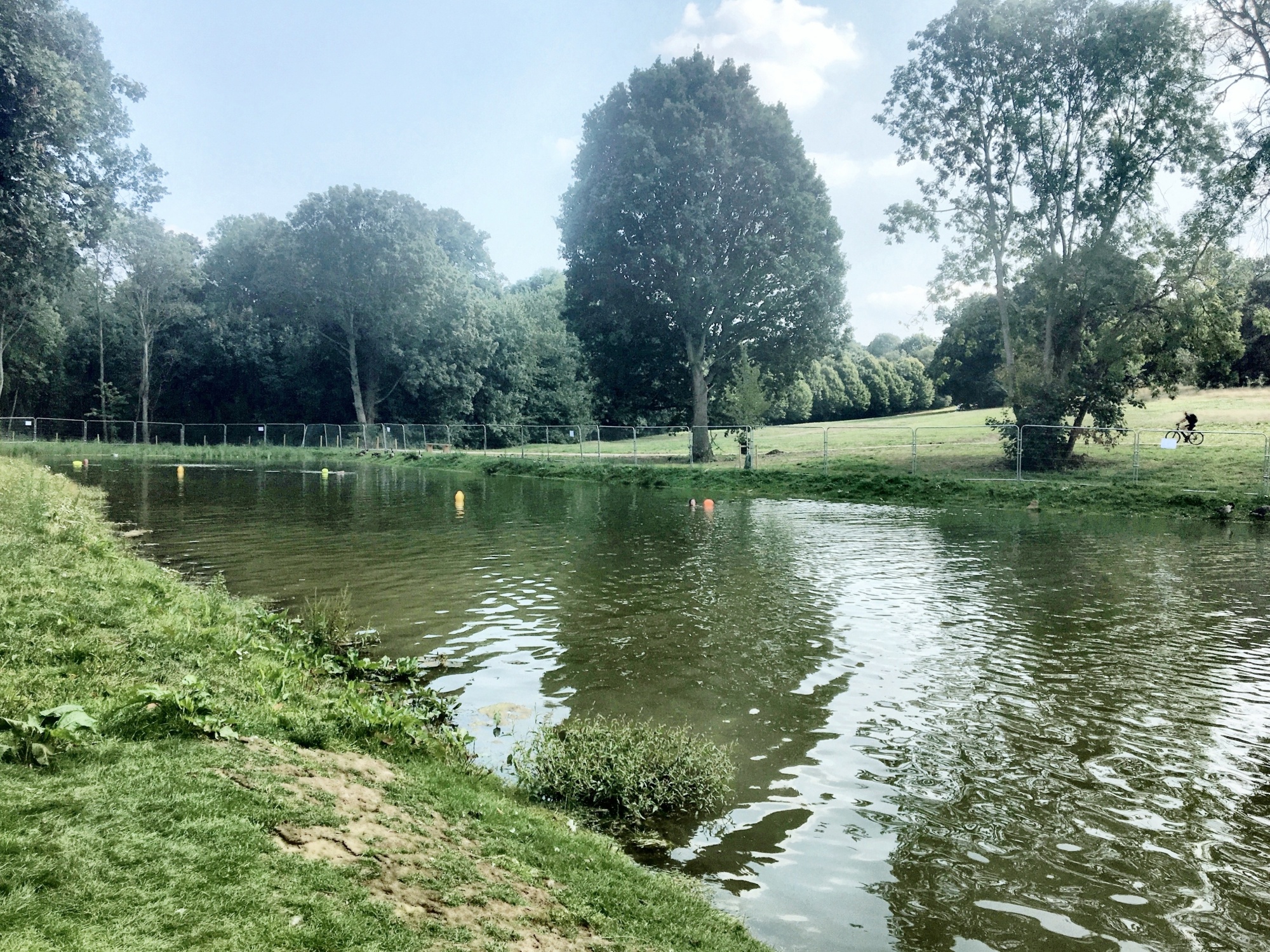 A boiling summers day sees the new swimming lake in Beckenham Place Park surrounded by queues. It’s a new venture and the running of it still hasn’t been worked out. A quick dip involves huge dedication and the willingness to wait around for at least two and a half hours before you can get in the water. Safety rules limit the number of people going in – fair enough, but the frustration is that for most of the allotted two hours, most of the ‘swimmers’ are not in the water at all – they are lounging by the side. 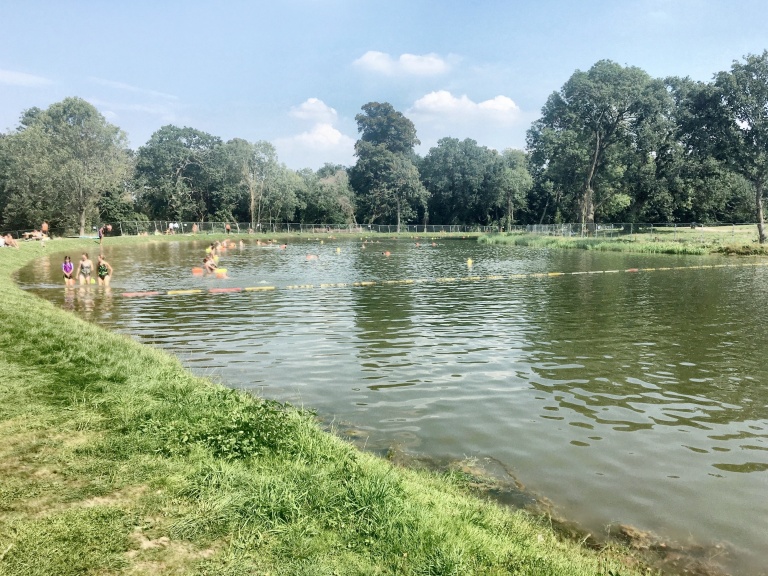 The lake is reasonably long and the far end – where the fewest people venture – is edged by reed beds. Trees lean over at this end, and a path runs round it. In order to control access to the lake, ugly temporary fences have been propped around its boundaries. But the water is deep green and the weeds underfoot on first entering are delightfully slimey. Under the surface I see dancing dust motes and a hundred different shades of brown. It’s deep in the centre and cool in contrast to the beating sun.

Geese float by, confused by the sudden invasion of their space. And then I have to shout at some young boys who are trying to chase them and grab their tales. I am furious. There are no parents watching them. A lifeguard sits only metres away, and yet does nothing to stop the boys harassing the wildlife. He is very busy eating a sandwich. We are in these animal’s space and that is a privilege not a right – one we have to earn through respect and consideration. 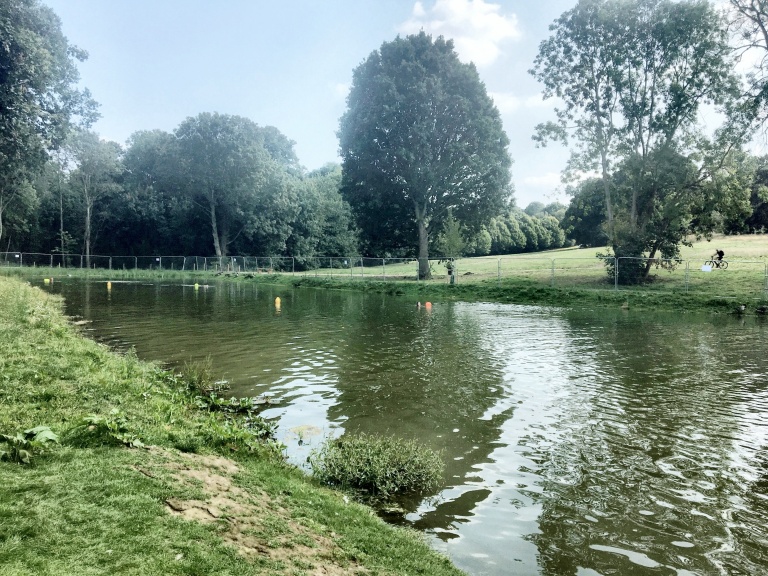 I end up patrolling for geese botherers, keeping an eye of the flock in case of the idiocy of those swimming. In the end I get out. I want to talk to someone about making sure their lifeguard enforces a respect for the place and the wildlife that populated it, but all the staff are too busy arguing with chain smoking eleven year olds who have climbed the fence to avoid paying £3 and now refuse to leave. The whole thing leaves a bad taste in my mouth. Maybe I was unfortunate in my timing and I do feel sorry for the young staff, most of whom seemed no older than 18 and who had no back up from someone in a position of authority. But when opening a wild swimming venue, respect for the nature you are communing with has to be a priority.

Perhaps it will improve. It is still early in its opening and teething problems are natural. I just hope that the fundamental respect for the wildlife around you as a wild swimmer – one of the most humbling and special components – is promoted. I will return in the winter when the water is cold and the idiots are not out in such force.